What’s In a Grade? – Thailand

What should determine a student’s grade?  Is a grade purely about what the student knows about the material or is a grade in school something more?

This question was probably my biggest battle while teaching in the States.  I know there’s a saying to “pick and choose your battles,” but, to me, this is definitely worth every debate!

More and more schools in the U.S.are moving towards a theory of grading called “grading for learning.”  Although this theory might sound nice or look good on paper [read more about it HERE], it really doesn’t work in practice… at all.

A grade in school should be more than just “was the student able to finally memorize the same material after attempt number nine?”  If we give students countless amount of tries to get a higher grade, then how is that fair to the students who earned that high grade from the start?

I recently visited a school in Pattaya, Thailand and loved how they viewed education and grades.  I spoke specifically to Mr. Natee – a math teacher that teaches 14 year olds.  Mr. Natee teaches the same subject and age group as I taught, but he is implementing a grading philosophy that I was only able to dream of in the U.S. …

Now this does not mean if a student fails a test [gets less than a 50%], then “too bad because the student wasn’t prepared;” and it certainly doesn’t mean that the teachers do not reteach material to students that misunderstood.  In fact, quite the opposite.

Mr. Natee informed me that after school, he holds an extra math class for those students that failed previous tests.  When he feels they are ready to retake a test, he give them a make-up test for the one that they failed.  However, what’s different inThailandthan in the States is that the highest grade a student can earn after failing the first test is a 50%. 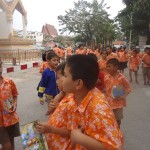 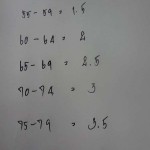 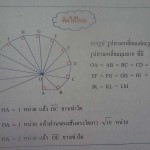 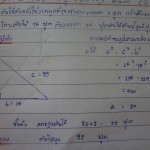 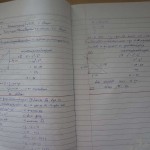