The assistant principal took the time to personally walk me around the campus and show me a lot of great amenities in the school: the gymnasium, the ROTC program, classrooms with students working, the Charlotte Amalie High School Wall of Fame, the garden maintained by the horticulture students, pictures of school dances and other activities, etc. I also got to interview a math teacher one-on-one and observe how the assistant principal handles discipline problems.To answer this question and to witness first hand similarities and differences, I visited the capital of the USVI which is located on the island of St. Thomas: Charlotte Amalie. I visited Charlotte Amalie High School which is the biggest public high school in the district consisting of 1,500 students. 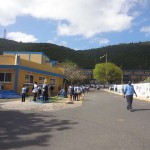 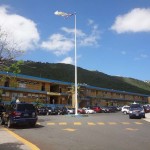 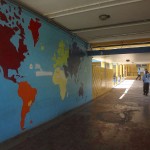 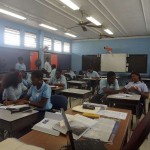 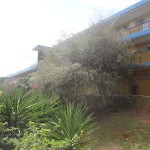 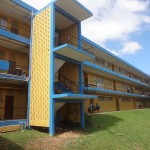 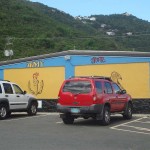 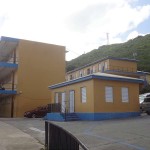 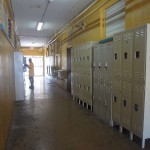 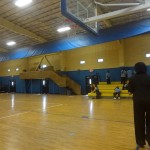 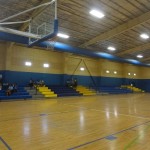 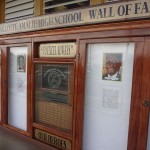 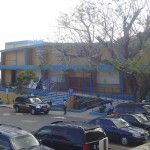 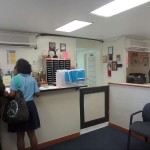 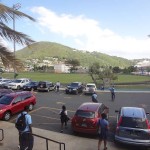 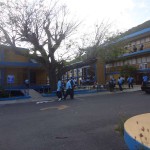 Grading Policy. The teacher had told me that he follows the same “grading for learning” system as what I was forced to use when teaching in the U.S. [read more about the “grading for learning” policies HERE]. But to my surprise, the teacher seemed to fully support this concept. He told me that the grade of a failed test is completely thrown away and that the retaken test with a passing grade is the grade that goes in the grade book. He said he thinks it is unfair to hold a bad grade against a student that eventually learned the material regardless if that student was slacking off in class or whatever the circumstance may be.

Administrative Support. The teacher told me that he feels as though he is fully supported by his administration. Whether with parent conflicts or with discipline problems in the classroom, the teacher feels as though he gets all the support he needs. When there is a problem with a student in the classroom, he tries to resolve it to an extent, but he [nor any other teacher] doesn’t hesitate to send a student to the office. Once the student is in the office, it’s not a good situation; the student gets in a lot of trouble

I was glad to hear from the teacher that the administration does a great job with supporting the staff and disciplining students, but I was even happier when I actually say it in action!

It turned out that the girls were caught cutting a class and their punishment was to clean the entire school campus. They were assigned to pick up trash that was on the ground and they could not be in the same area as any other girl while doing so. The assistant principal, while showing me around, would stand outside each classroom I went into and yell at the girls if they were so much as even looking at each other or walking too slowly.

I thought this was great. Why send students back to a class they don’t want to be in? They’ll just wind up being a distraction for the rest of the class. So, ok, you don’t want to be in class? Fine. Grab a bag and see how fun NOT being in class really is!

The assistant principal did a great job of multitasking as well as knowing all the students personally.  She showed me around and answered all my questions, while at the same time kept an eye on all the girls and any other students who were walking outside during class.

But my original question, and the reason for me visiting this particular school, was to learn more about the huge “end-of-the-year” testing. Do the USVI schools follow the same AYP [Adequate Yearly Progress] standards set forth by the No Child Left Behind Act in order to get federal funding?

Great job with the discipline and supporting your teachers!

But since the USVI differ, politically, in so many ways, I was hoping to see some sort of hybrid of half-U.S. and half-USVI education; taking the best from USA, but not complying with our ridiculous laws. Unfortunately, no. Schools in the USVI are one-in-the-same as schools in the U.S. Ugh… How depressing…