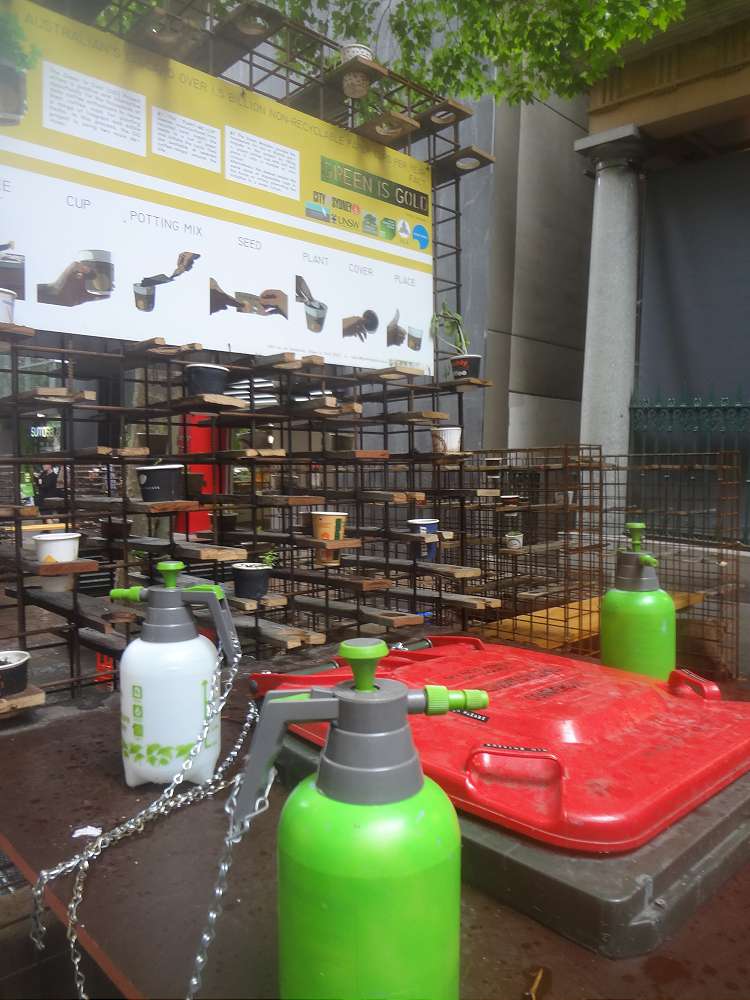 I am an avid coffee drinker, but it really bothers me every time I contribute to the millions of coffee cups in the trash.  So I was really excited when I came across the best re-use of coffee cups, ever! …in Sydney, Australia.

On a little side street, there were strange structures that didn’t look like much on their own… However, when I approached the bizarre art, I realized that the structures were no where near being complete and what I saw was just the bare bones of awesomeness!

The concept was pretty self explanatory, but nevertheless, there were pictorial directions posted:

POTTING MIX – instead of putting the cup in the trash, put in some soil!

PLANT – plant the seed in the soil

COVER – cover the seeds with some more soil

PLACE – place the newly re-used cup on the structures

Once the plants start to grow, the structures transform into living, recycled, art! 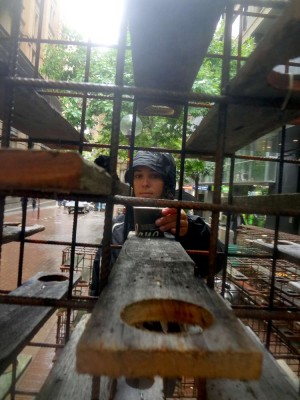 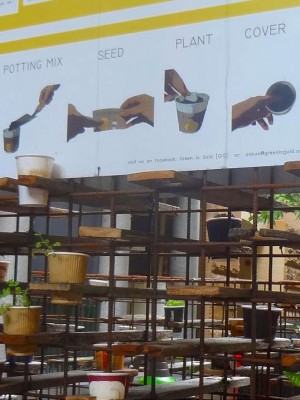 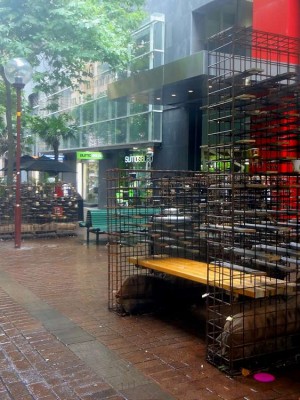 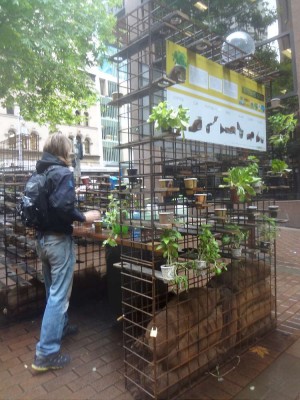 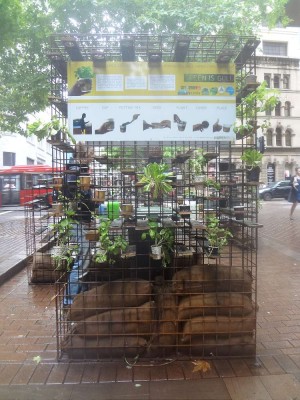 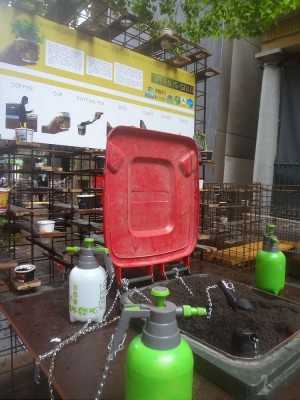 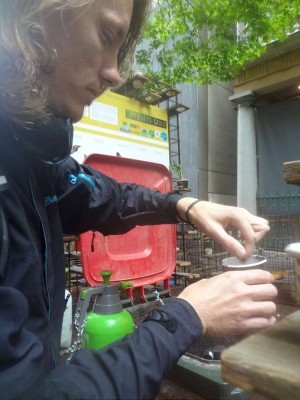 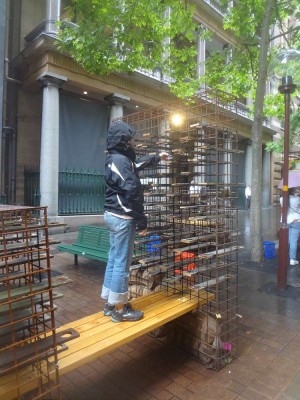