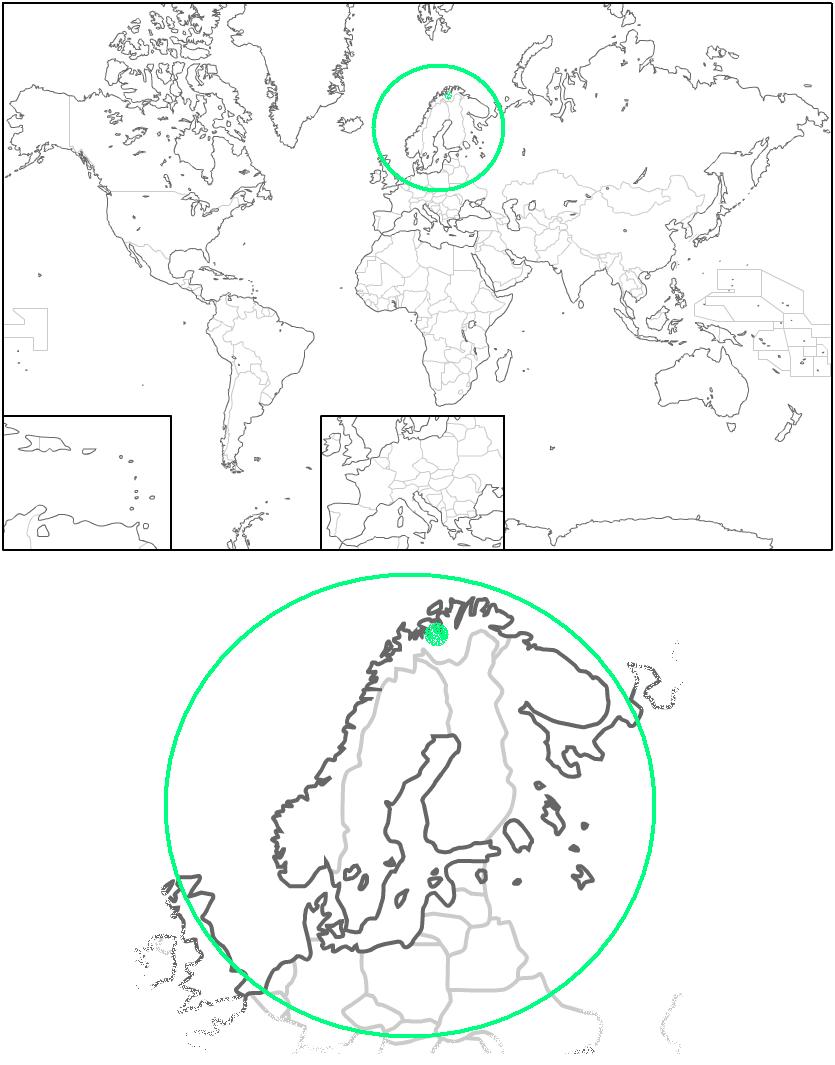 What are the options for students that do not care about school, learning, and their future?  Should we force them to sit in the same classes with students that actually want to learn which will inevitably lead to distractions and valuable instruction-time wasted… or, are there other options?

While relaxing from traveling for a month in Thailand, I had the pleasure of becoming good friends with many of my neighbors.  One of the neighbors, Trond, is a very interesting teacher from Northern-Norway; his story is amazing:

One year, Trond decided to pitch the idea of doing something different with the students that weren’t as enthusiastic about their education as their counterparts.  His idea was to be with the eight-or-so chosen students every hour of the school day for their entire high school career… and if that doesn’t sound intense, just wait… it gets better… He also wanted to give these students an education that they wouldn’t really think is “an education.”

Taking his surroundings to his advantage, he decided to bring the students into the wild of theArcticfor three weeks in the autumn and three weeks in the spring.  When they ventured into the wild, they carried all the supplies they needed in order to sleep, catch all of their own food, and survive for the cold few weeks.  Trond taught them how to fish, how to hunt birds by making and setting special traps, and how to make a large smoker in order to smoke the food.

Elders from the community, such as Trond’s father, decided to help with the boys by joining in on the adventure.  The elders taught the boys a lot about traditional ways of surviving in that type of climate.  It’s quite unfortunate but usually the case that young people tune out their elders and don’t respect the techniques that used to be used – they think they know it all and that modern ways should be the only ways…  Amazingly, if you put these same young people out in the middle of the Arctic and they know they need help surviving, they listen more intently than they ever listened to anything before and they show more respect than they ever thought possible.  If they learn how to fish, great, but the true lesson had nothing to do with the fish…

Another lesson that Trond taught the boys during their adventures in the wild, is a hilarious story that I absolutely love!  While walking, the boys started to complain that their packs were too heavy and that they didn’t want to carry all the weight anymore since they were all going home that night anyway.  Trond told them that they needed everything in that pack, but the boys didn’t listen… they couldn’t leave their sleeping bags behind, so they unloaded the heaviest stuff which was the food that they thought they wouldn’t need.  Trond told them it was foolish but stood there and watched them unpack… as the boys continued on their way with their lighter packs, Trond went over and gathered all the food and put it in his own pack.  They continued on their way home until it was time to stop and eat lunch, just as they had every day before.  Sure enough, the boys were hungry…

Now a lot of teachers would say something to the effect of “See? I told you you’d need it… maybe next time you’d listen to me!” and then give the boys some food…  Well, Trond is not most teachers…  He told the boys that it was too bad as he continued to make a feast for himself – the boys sat starving gathered around Trond as he ate and said to himself how great the food was and how he was so full!  The boys tried to get the food but Trond just swatted them away and told them they threw it away and he carried it, so it’s his food now – they made a decision even when advised differently, now they have to live with that… Another lesson learned!

When the three weeks in the wild were over, it was back to school!  The boys were probably HAPPY to be sitting in a classroom!  Trond had the boys all day, for every subject.  He taught them math, science, Norwegian, English, history, and even the elective classes such as physical education and music!

Trond followed the boys through each level in their high school career.  When the boys graduated, Trond would start all over again with a new group of students back in the lowest level of high school – he did this rotation, every three years [high school in Norway is three years, not four like the U.S.], until his retirement.  He was the only teacher in the building that was willing to do this program, so the troubled students in between rotations, didn’t have this amazing option, unfortunately… and now that he’s retired, the program is completely over.

Although the program is no longer being implemented, there is no doubt in his mind that what he did was a great learning experience for these students… and from his stories, I would have to agree.

How Students Were Chosen:

There were many factors that went into which students were chosen for this program: test scores, home life, attitude in class towards teachers and peers, outbursts and disruptions in class, etc etc… Trond did not have a choice of which students were his for three years – they were hand selected by the Head Master based on a number of criteria.  Parents, also, did not have a say in the matter.  If there was a parent that thought the program was great and wanted his/her student in the program, too bad; there were only ten spots to be filled for the three years and the decision was entirely up to the Head Master of the school.

We should learn from this and understand that there are other options for students that have great difficulty learning by sitting in a classroom.  Also, there are teachers out there that would be willing to do this with students in a heartbeat!

So if people involved in education agree that a program like this would be beneficial, and there are educators out there that are willing to take on this responsibility and outdoor-adventure, why has a program like this not been implemented in theU.S.public school system?

My opinion: because the U.S. is too concerned about being “fair” for every student – which leads us into a whole other discussion about what defines “fair”… but in trying to not go off on too much of a tangent, public schools need to support a system like this and stop worrying about when a parent is going to, inevitably, complain.

A program like this shouldn’t an elective because this is not a choice or gift for the dedicated students.  On the other hand, a program like this shouldn’t be looked at as a punishment either.  Rather, we need to understand that every student needs something different in order to learn what is important specifically for their life.  And if the Head Master of a school makes a decision to put a particular student in a certain class, well, then so be it [end of discussion].